Rant of the Day! (hopefully not required every day!)

Pedestrians - know your place! It's not in the middle of the road when the lights are green! Colour blind bunch of cretins. (Apologies to sensible walkers everywhere.)

Drivers - learn to park! How much door space do you need, huh? Just how much?

And why, oh why with the overtaking when I'm reversing? In a narrow car park. Pillock. You know who you are.

*takes deep sigh and feels much better*
Would reach for chocolate but well, see the Gethin website - I've got a dress to fit into.
Posted by Jaye at 12:33 2 comments:

Property dealings - Making a mint - Cabbage - V - Collectables - Habby arse Corparse! -Gollups - Cash flows - Splot - Guards, Guards - Solid investments - Clown to the left - Cometh the hour, cometh the Taxman - Jokers to the right.
Loveable scoundrel, Moist von Lipwig returns in a sequel to Going Postal, the hero of a comic narrative on a subject dear to all our hearts. Chocolate, I hear you cry! No, the other one - money. (Unless you’re me, of course!) Doubleday Publishing meanwhile, could quite possibly be accused of insider dealing, hitting the bookshelves just as we entered the run on Northern Rock. It also serves a timely reminder that some postal services are so efficiently organised, the Boss is literally climbing the walls with boredom. (Mr.Lipwig, where are you when the Roundworld needs you!).
Drawing on his immense stock of familiar characters - we’re treated to cameos from both Death and Vimes, always good value - Pratchett also introduces a new family of villains who literally receive their just desserts. Trust me, they really do! However, a large chunk is given over to the deadly dry wit of Lord Vetinari, the Patrician (i.e. tyrant) of Ankh Morpork. Every Discworld fan has their own favourite citizen; Vetinari is growing on me as I follow the series. It’s a part destined for Alan Rickman if ever there was - a cross between Severus Snape and The Sheriff of Nottingham. Can you imagine? Of course you can. Moist is made another offer he can’t refuse, and our golden suited hero is reluctantly left holding the leash of Mr Fusspot, Chairman of the Royal Bank of Ankh Morpork and claiming the title ‘Master of the Mint‘ for himself.
Unusually for Pratchett, as with ‘Going Postal’, so ‘Making Money’ has numbered chapters (and in numerical order too - he so must have been tempted) with a keyword synopsis heading each one instead of a title. Meaningless, naturally, until you work your way through. It’s book 31 of the hugely successful Discworld series - if there weren’t so many, we’d have seen one of them nestling in the Top Five of the BBC’s Big Read countdown not so long ago. They really should hold a vote for favourite author: T. P - top three, undoubtedly.
Posted by Jaye at 12:31 No comments:

A long time ago in a galaxy ....mmmmmm, galaxy...*stops to wipe dribble off keyboard*...far far away, I was a runner up in Foreward magazine with this story...inspired by this picture

I viewed the dilapidated old house with a certain disdain. Or was it contempt? I was neither glad to be home nor did I wish to be anywhere else. A familiar shouting and screaming emanated from within, echoing across the silent road.

“Don’t do that! Leave that be! Get away from there”

But they didn't even know I was back yet. There was no-one around to challenge me, to ask why I’d returned. The street was dusty and deserted, the town packed up and gone. I leant against the bus-stop pole, kicking the concrete block beside it, remembering how, as a child, I’d climb on it and bash the flat, tin sign, like you do when you're a kid, for no reason. Only now, I don’t have to climb on the stone, I could reach the sign without having to stretch.

The fire escape didn't look any different, cold and grey from a distance. Up close I found it rusty. I tapped the top of the railing and broke a nail.

"Mind your sister's arm in that railing... You stupid child!"

Too rusty to chance using? Nah, what the hell! The worst that could happen is I fall to my death. Just another senseless tragedy at no.27 and who would care? I can't be bothered to walk around the front to find the locks changed. Who would care if I broke a window?

My footsteps clanked and clanged as I climbed to the first level. Surprising, since I was wearing trainers. Mum's yucca plant, well, the remains of it, sat forlornly outside the lounge window. It stank. Cat's piss. I kicked it down the steps, watching the leaves crumble and ancient earth tumble through the iron rails. The decrepit pot clattered to a standstill upright, as if to say: "Up yours!"

Up the next flight and there I was, outside my bedroom. The window lock was still dodgy, so I didn't need the brick I'd brought up with me. I aimed it at the only pane of mildew ridden glass left in Dad's small, overgrown greenhouse. The blind across my window was yellow and dirty; I could almost taste the stale nicotine it had absorbed.

"Did you pinch my fags? Are you smoking up there? Stop it at once!"

It fell to bits when I pushed it aside and clambered into my room. My room! Huh, when I hadn't had to share with kid sister, that is. Where've all her toys gone? She always left her skates out for me to fall over. Not today.

"Don't break them, please…Mum, she's chucked my skates out the window…wahhhhh…”

The fireplace still dominated, bare and cold. It gave me the shivers, as it always did, even when blazing. The poker stood to attention at it’s side.

It was what, fifty years ago? I'm old now, but I'm still alive. My family? Who knows? Did they stay or did they follow me? They never caught up, that's for sure. But they’re not here now, ‘cos even when I ran along the landing, kicking in all the doors, no-one shouted at me. That made a change.

I hadn't seen a soul in town since I arrived; they must have all died. Serves them right, really. They can't say I didn't warn them. It had started off as just a spot. It appeared after I fell off that stupid stone at the bus-stop. No bruises or grazing mind, just a big red spot, getting bigger and pussier, eventually it looked just like a squashed plum tomato stuck on my knee, its pips spilling from the split skin. I went to the doctor, he gave me some tablets.

I’d studied that stone. It wasn't solid. It moved. I saw it. No-one believed me. When I saw it at my bedroom window, that's when I freaked. I knew I…we, had to get away. But no-one would come with me. I ran and I ran and finally someone stopped and gave me a lift, carrying me away from that stone, that house, that street.

Now I was back to face it. I felt stronger, calmer, older - and wiser, of course. I s'pose it could have been the pills. I contemplated the stone and couldn’t resist climbing upon it and bashing the bus-stop sign. It fell off. I shrugged and kicked it.

"Really, young lady. Have you still no respect for anything?"

Sod off, you old bat! Bloody Mrs Nelligan! When the whole town's dead and buried, she appears to stick her nose in. I fixed her with the filthiest glare I could muster. She hadn't even aged.

"Why aren't you six feet under, you nosey old trout?"

"They shouldn't have let you out, that's for sure!"

Let me out? What's she on about? Before I could ask, she stuck that infamous nose in the air and went. Just like that. Good riddance to bad rubbish. Mum always told me off for saying that.

I'd flounce upstairs, dive out my window and camp on the fire escape for the rest of the day. I'd hear her calling at teatime. Doors opened and closed, the occasional one being banged shut as impatience got the better of her. Dad knew where I was. He always poked his head through the window and told me to come in, just after Mum gave up. I cried when he did it the last time; the sash window slid down and cracked his head open. I hoped the same would happen to Mum one day, but she never came near my bedroom anymore. Can't remember the last time it got cleaned. Aunt Lou told me to do it.

"Get stuffed, you incontinent old crab!"

I stubbed my toe on the stone. Strange, because I hadn't moved my foot. It throbbed while the bus-stop sign spun like a flipped coin, making that grating, tinny sound on the cracked pavement, before falling sideways off the crumbly kerb. I heard Mrs. Nelligan tut and stuck two fingers up at her, wherever she was.

My sister came running out of the house to get me, pulling me clear as a lorry thundered past. I pushed her down and she cried. Interfering little bitch. Mum wouldn't have cared. She hates me.
I poked at the fireplace. The leftover ashes crumbled to dust at a touch. Someone must have been here fairly recently or they would have been dust already.

"There she is, that's her. Don't know what she thinks she's doing."

"They let her out, God knows why. The family moved from here five years ago. I remember it well. Terrible business, her father - the accident, you know. And they took her away. She kept on about some stone and how it was evil.”

The stupid woman would have shut her face if she'd known I was holding the poker. Still, I shut it for her. It was about time someone did. 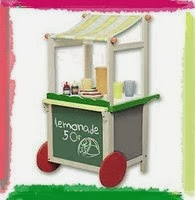 Courtesy of Jun Bullan: The World 'N' Me

For Fun or Information or Both!